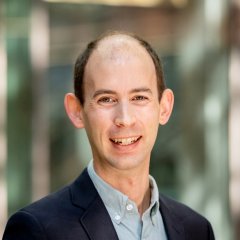 Jon is an Assistant Professor directing research in Software Engineering and Software Systems at Northeastern University. His research makes it easier for developers to create reliable and secure software by improving software testing and program analysis. Jon’s work on accelerating software testing has been recognized with an ACM SIGSOFT Distinguished Paper Award (ICSE ’14 – Unit Test Virtualization with VMVM), and was the basis for an industrial collaboration with Electric Cloud. His research in flaky tests have led to open source contributions to the Maven build system and Pit mutation testing framework. His program analysis research has resulted in several widely adopted runtime systems for the JVM, including the Phosphor taint tracking system (OOPSLA ’14) and CROCHET checkpoint/rollback tool (ECOOP ’18). His contributions to the object-oriented programming community were recognized with the 2020 Dahl-Nygaard Junior Researcher Prize, and he was invited to give a keynote address at SPLASH on this work. His research has been funded by the NSA and the NSF, and he is the recipient of the NSF CAREER award.

At Northeastern, Jon teaches Software Engineering, and previously, at George Mason, Jon received a university-wide Teacher of Distinction award for his courses in distributed systems, web development, and program analysis. Jon serves on a variety of program committees and was recently co-chair of the PLDI 2020 Artifact Evaluation Committee. As part of his efforts to broaden the participation of underrepresented groups in computing, Jon co-organizes the PL/SE mentoring workshop at SPLASH (in 2017, 2018, 2019 and 2020). In Summer 2020, Jon co-founded the Clowdr open source project to help support virtual academic conferences, and subsequently co-founded a startup to provide paid support and development for the project.

His other interests include photography, cooking and cycling.