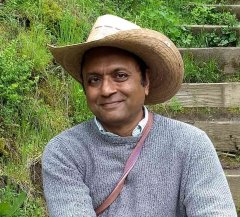 Prem Devanbu is Distinguished Professor of Computer Science at UC Davis. He received his B.Tech from IIT Madras, and his Ph.D from Rutgers University under Alex Borgida. After a career in Industrial R&D at Bell Labs in New Jersey, he joined UC Davis. He has worked in several areas, including Software tools, Secure Data Outsourcing, Empirical Software Engineering, and the Naturalness of Software, and applications thereof. Five of his papers (in MSR 2006, MSR 2009, ESEC/FSE 2008, ESEC/FSE 2009, ESEC/FSE 2011) have won “test-of-time” or “10 year most influential paper” awards. He also won the ACM SIGSOFT Outstanding Research Award in 2021, “for profoundly changing the way researchers think about software by exploring connections between source code and natural language”. He is an ACM Fellow.