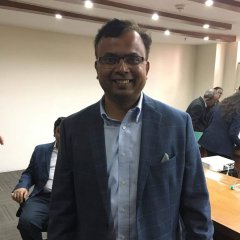 Dr. Rahul Purandare is an Associate Professor at the department of Computer Science and Engineering at the Indraprastha Institute of Information Technology Delhi (IIIT-D). He received his Ph.D. in Computer Science from the University of Nebraska - Lincoln in 2011. He is primarily interested in program analysis and his research has appeared in the proceedings of several reputed conferences including OOPSLA, FSE, ICSE, ASE, ISSTA, ICST, WSDM, FM, MSR, PEPM, IROS, and RV. He has received the ACM distinguished research paper award for the work presented at ISSTA 2013 and the best paper award for the work presented at RV 2018.